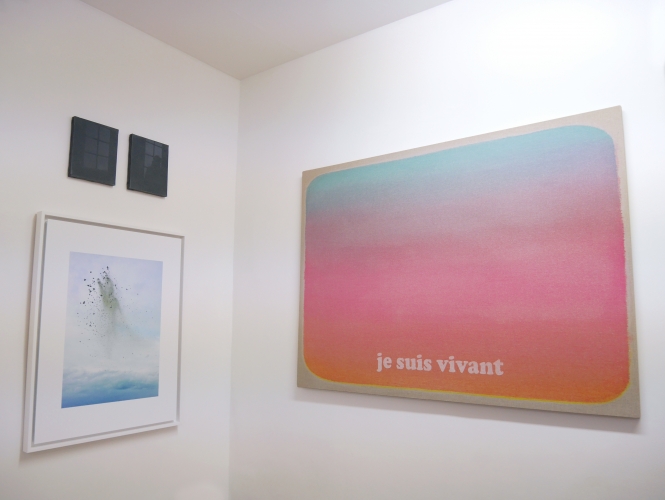 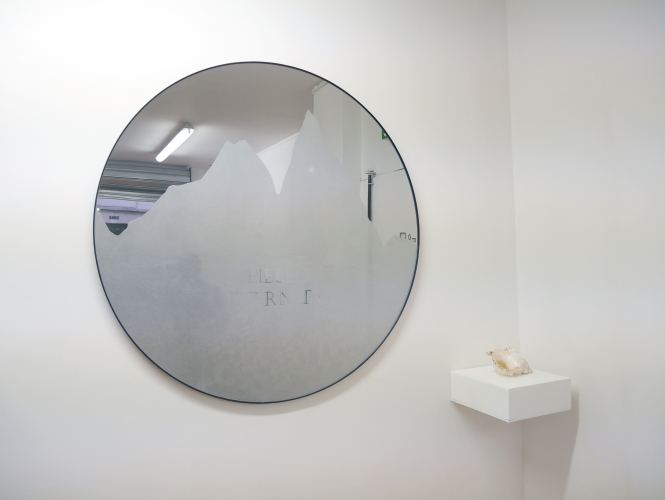 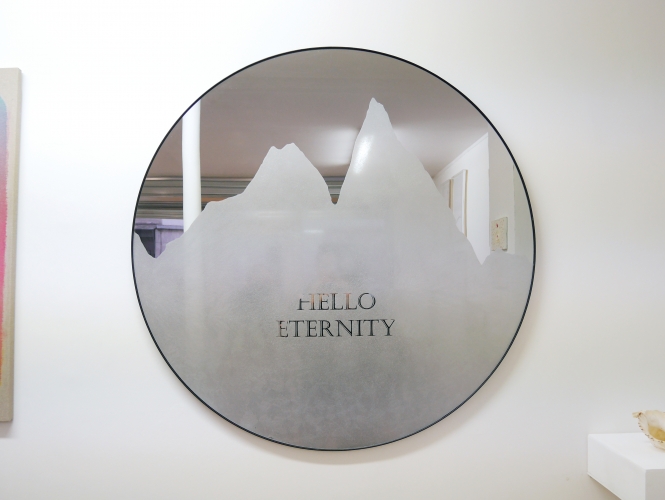 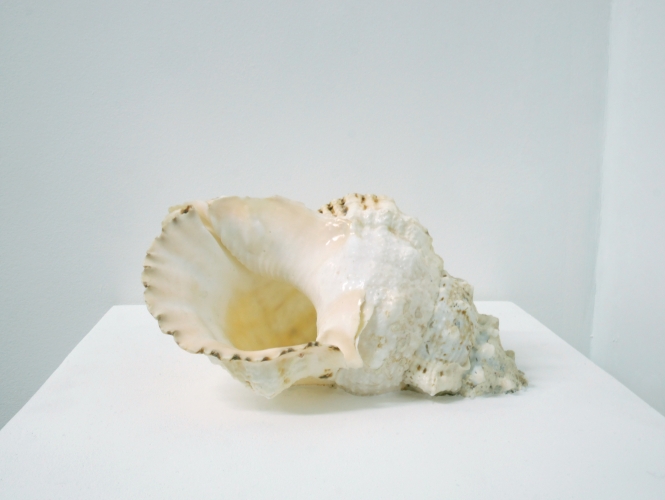 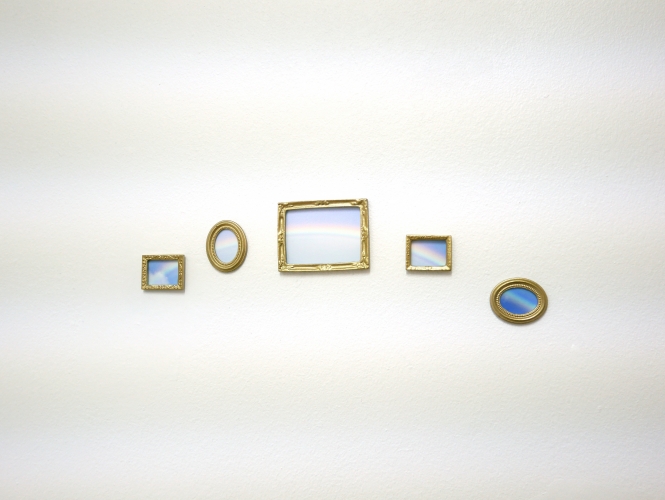 An exhibition by Michel Nuridsany

On a concave mirror a word: “Live”. Opposite, the flame of a candle and, by reflection, on the wall, the same word that appears enlarged and trembling. The work, signed Laurent Pernot, is at the origin of the exhibition with “Vivre”, Kurosawa’s film, where we see, at the end, an old man sitting on a child’s swing. He has just learned that he will soon die. And he smiles. To the air, to the clouds, To the pleasure of being, no matter how little, still alive. Under this same title, on this theme that is not one, simply, the exhibition, beyond the theories and modes, was built from fragilities, openings, impulses, splinters, spurts, rhymes and counter-rhymes.
So here is some painting, sometimes associated with sculpture, with objects and what, in color, with various intensities, sometimes divergent “possesses a spatial power”, which, in great freedom of form, its immaturity, as Gombrowicz used to say, hits and whips the air, smiles at nostalgia, at apparitions, at dreams in sometimes very small formats that open up. See what in the trait claw, strike and drift, organizing the very dust, which diverted from death, plays with life.
Michel Nuridsany