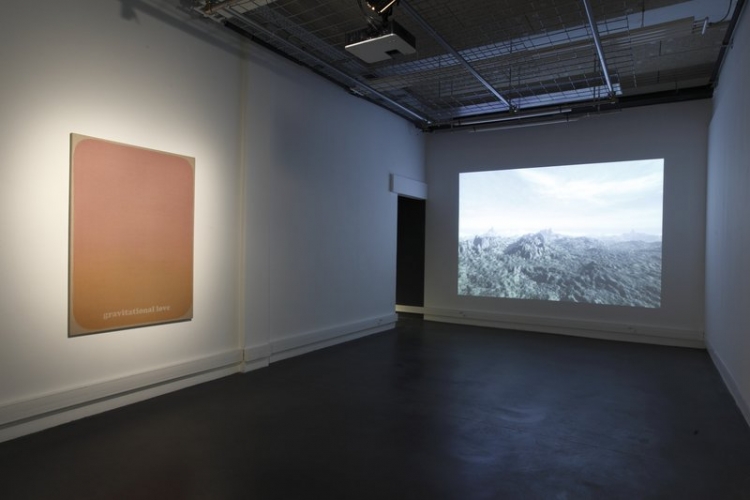 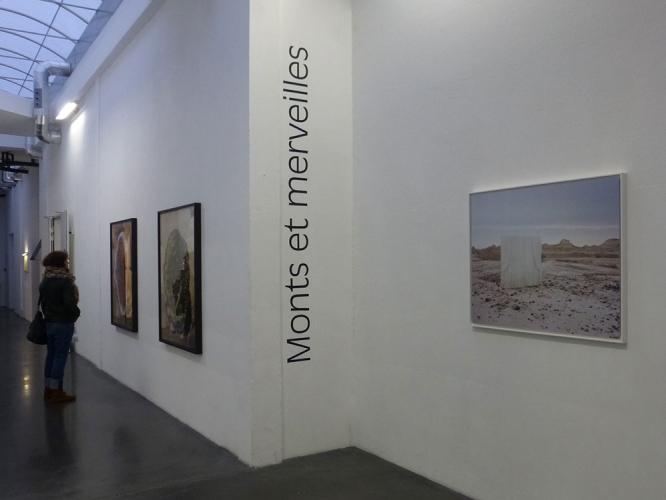 The exhibition Monts et merveilles ventures into the mountains to get as close as possible to stones and pebbles. In an artistic way, to apprehend the reliefs and the underlying geology revitalizes even more the sensitive links which reunite the man and the nature. Thus, in the distance, appears the skyline of the Pyrenees, like a succession of obliques, like a gradient of gray. Already the graphic dimension is displayed and catches all eyes. This verticality gives consistency to our perception of space. Planetary geography is revealed. Seeping into these mountains, cliffs, rocks and pebbles are clearly distinguishable. So many elements that evoke the origin of the world, the agglomerations of stars, before life appears. A mineral base that refers to the cosmos and infinite times.
The rocks seduce, fascinate even. They seem to cross the ages, evolving from strata to strata, they grab the attention. In the valleys, man transforms pebbles into stones. With it, he builds walls, creates magic circles. He names the rocks, contemplates screes. The stones accompany the civilizations and testify of History. A game between the present, the past and geological times. Today, the artistic gesture continues this attraction for stones. From the geography inside the pebbles, the reflection is on the natural forces and their mysteries. With imaginary reliefs, horizons, comic stones, fragments, revealed tectonic powers, “Monts et merveilles” dares the enchantment between science and poetry.