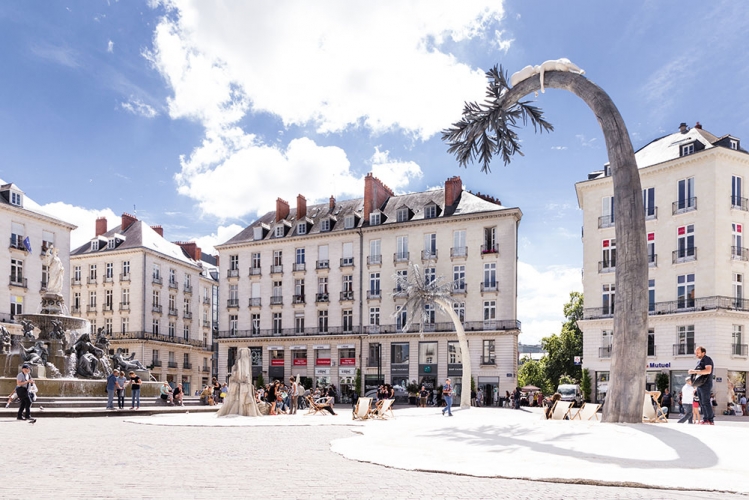 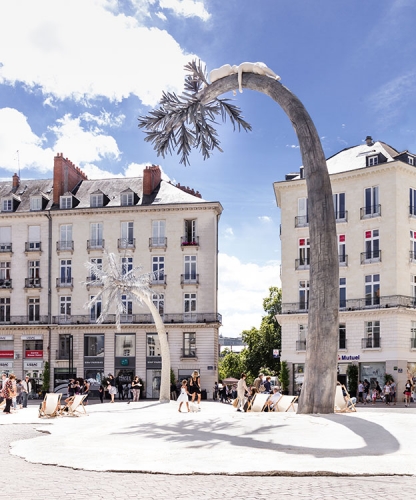 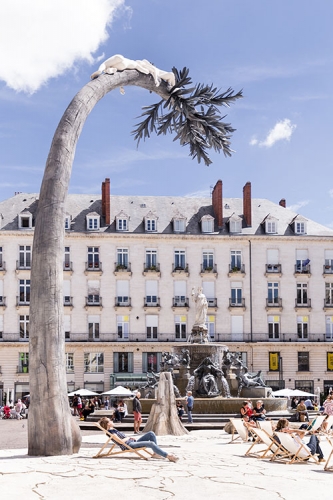 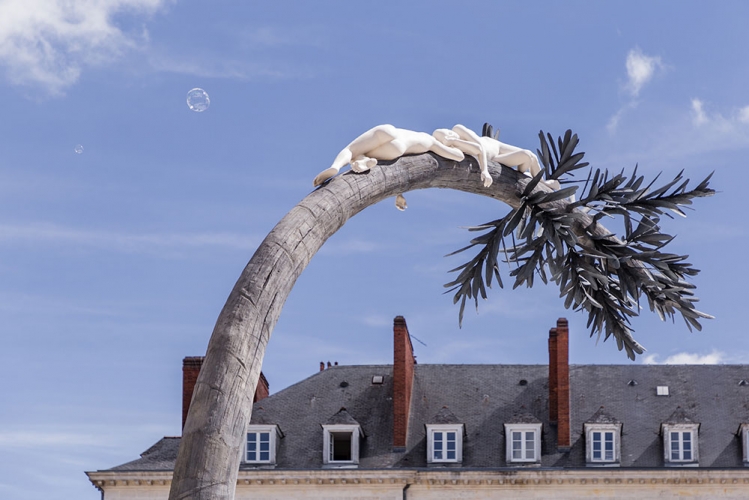 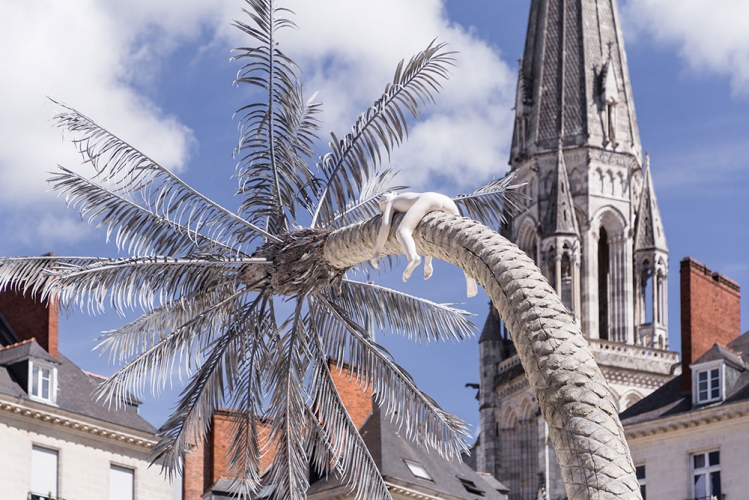 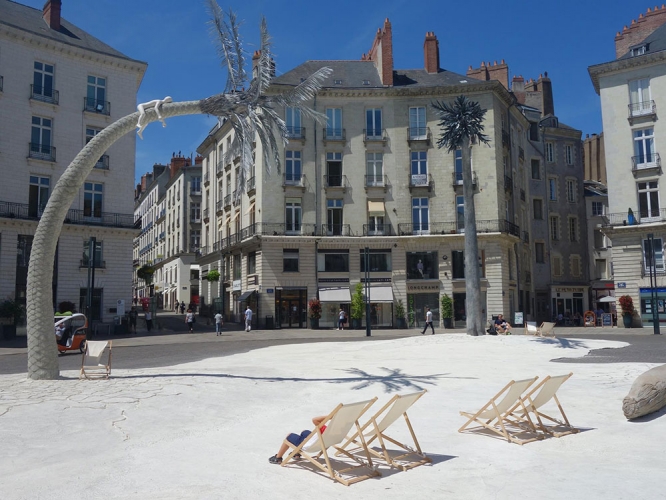 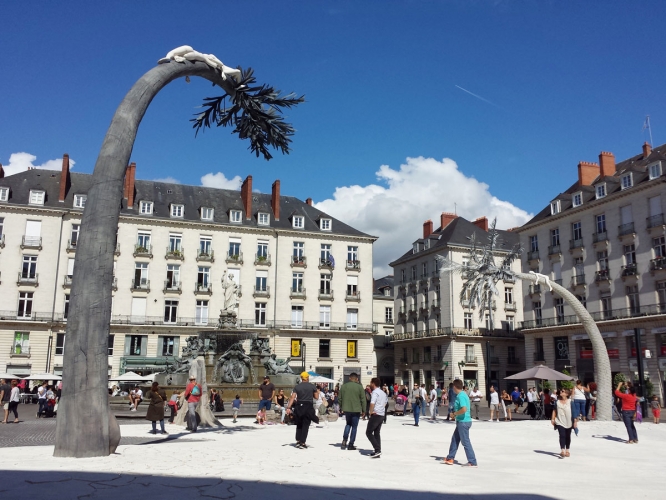 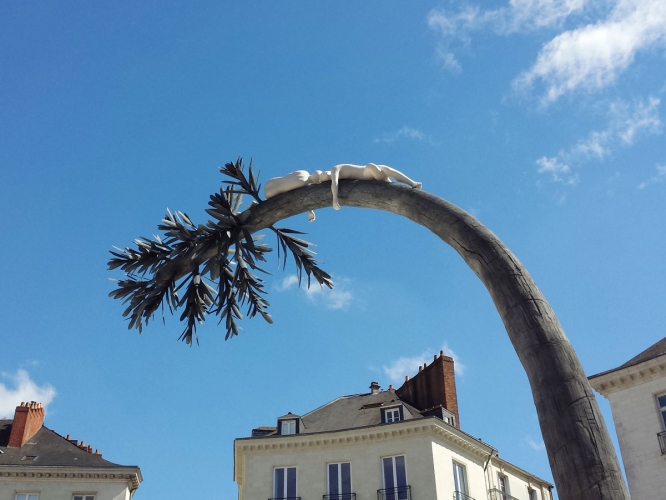 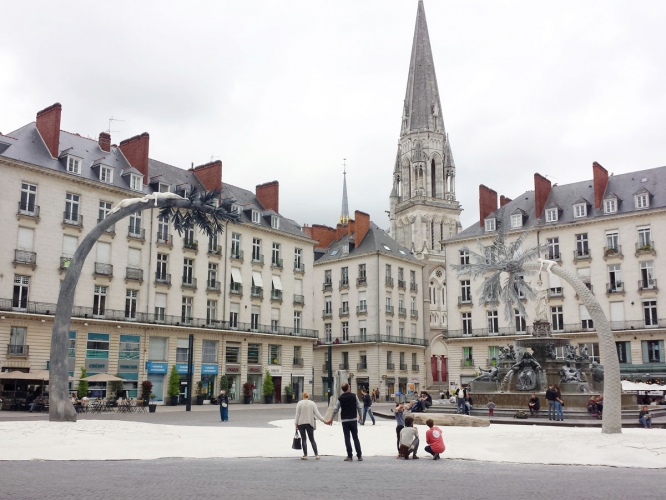 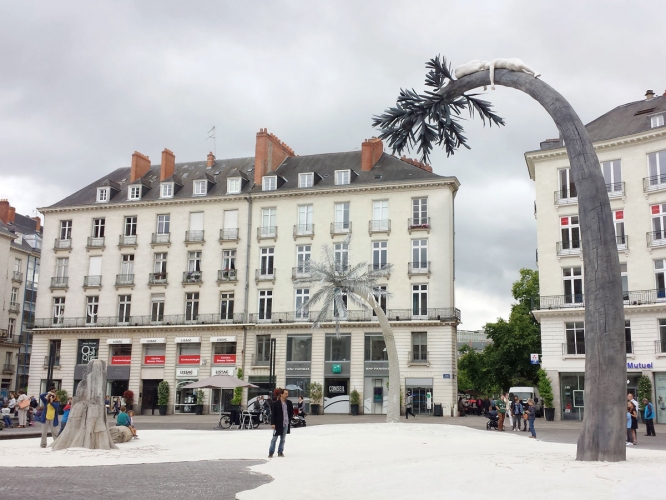 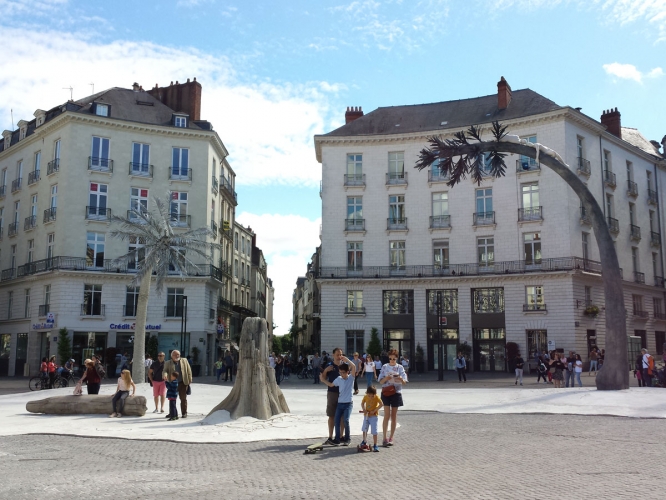 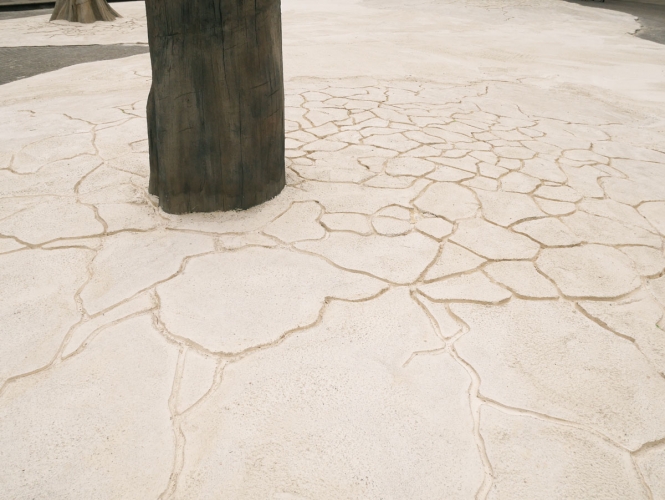 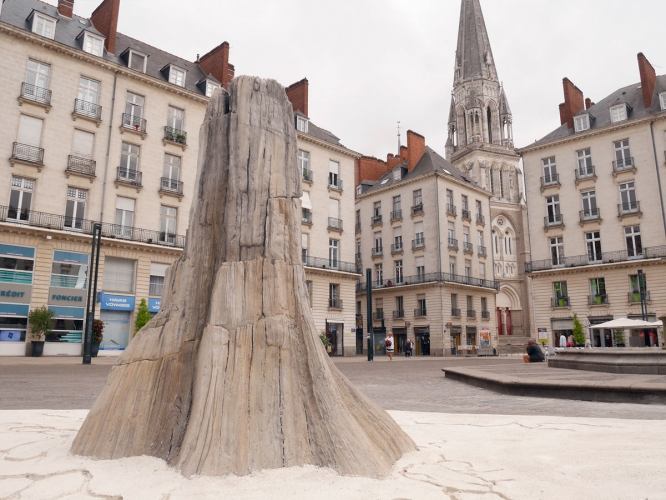 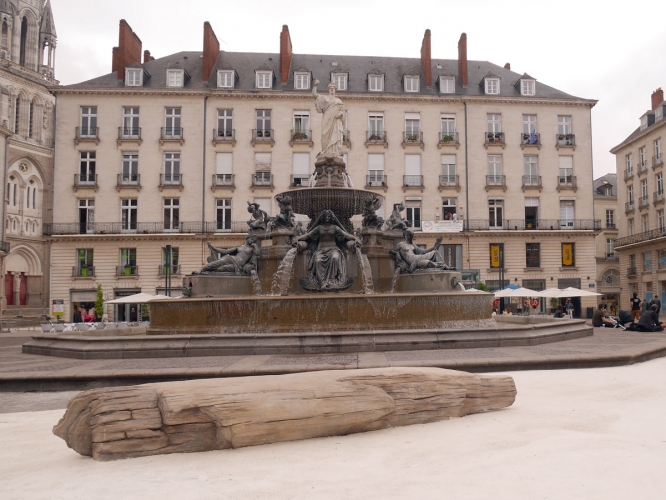 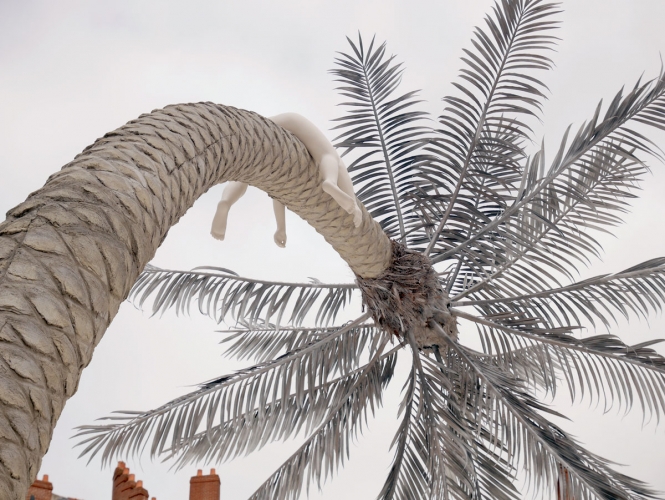 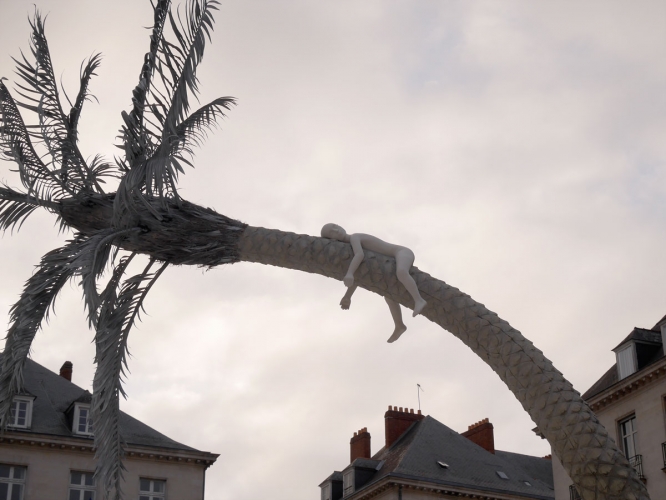 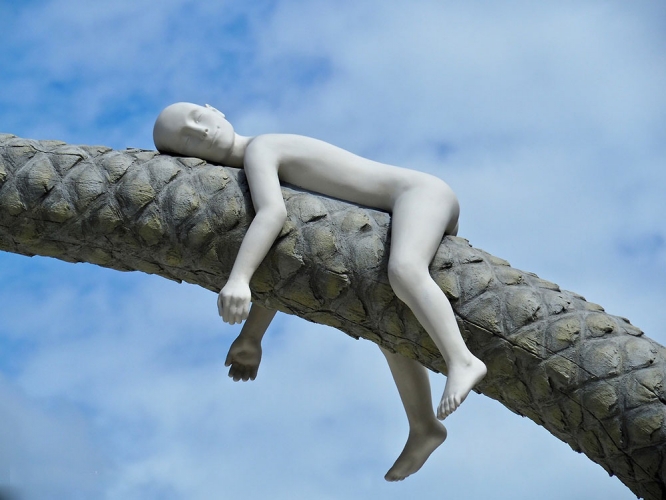 The identity, fragility, origin, and limits of the living are among Laurent Pernot’s major themes. His enigmatic works feed as much off of current research in anthropology, astrophysics, or ecology, as creativity in cinema, literature, and art history.
The exploration of his chosen site’s potential for fiction, and his work’s relationship to the spectator are also decisive: “I seek to create a poetic relationship to time that encompasses the past and the future, the near and the far, in order to better understand what turns us into beings that are both detached and inseparable from the world in which we evolve.”`

Laurent Pernot draws inspiration from the presence and role that water, the river and the sea have played in the history of the city – a history filled with its share of fortune and tragedy. Near the fountain, representing the Loire and its tributaries, he imagined an island, a phantom oasis.

Gigantic trees are planted here, on dried and cracked white soil. From different continents and eras both appear similar, and yet they are different: one is a palm tree from Africa, the other is a prehistoric tropical tree. These trees seem fossilized. Their trunks are curved, as if sleeping or succumbing to an intense gravitational pull. From the tops of these giant concrete sculptures hang white, naked, spectral bodies. These asexual, humanoid figures sleep quietly. Are they refugees or survivors? In their most intimate sleeping positions, they are vulnerable and unreachable in their treetops. On this arid ground, in a context haunted by global warming, palms and humanoid figures appear to form a single unit. Despite the fragile balance between man and Nature, human awakening is possible. “On Earth, there is no king. Men and trees dream together.”