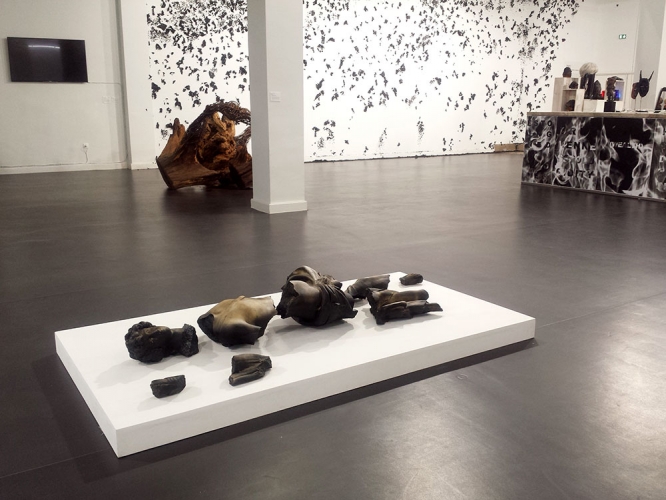 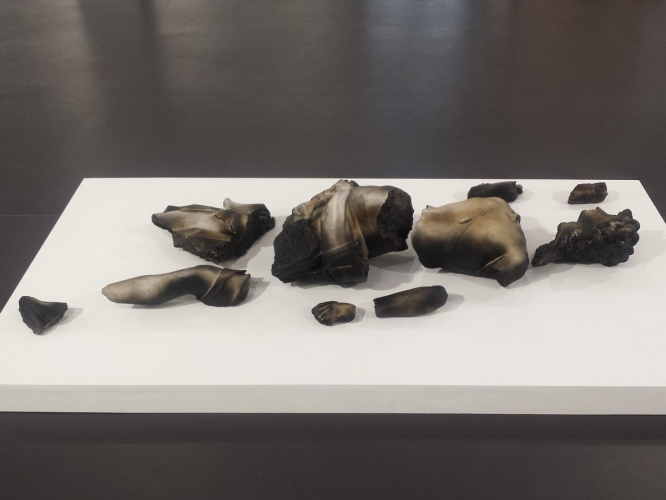 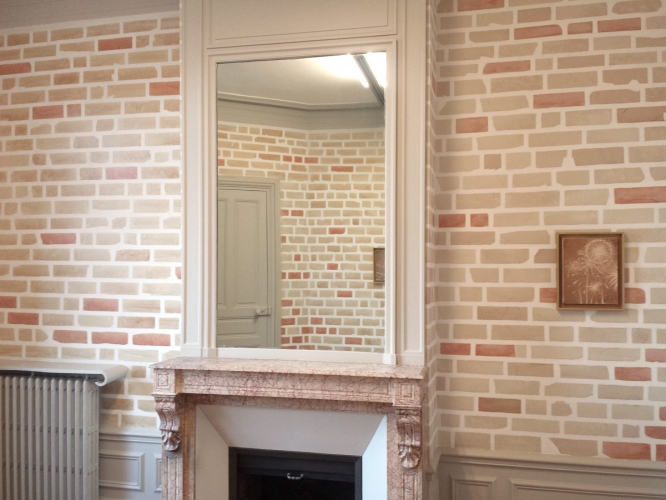 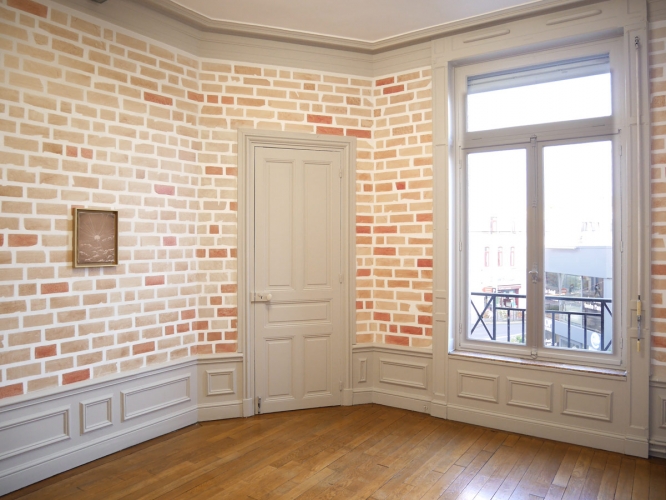 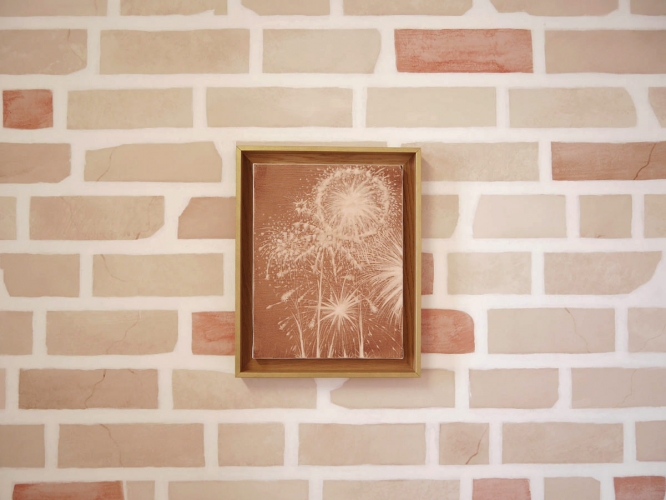 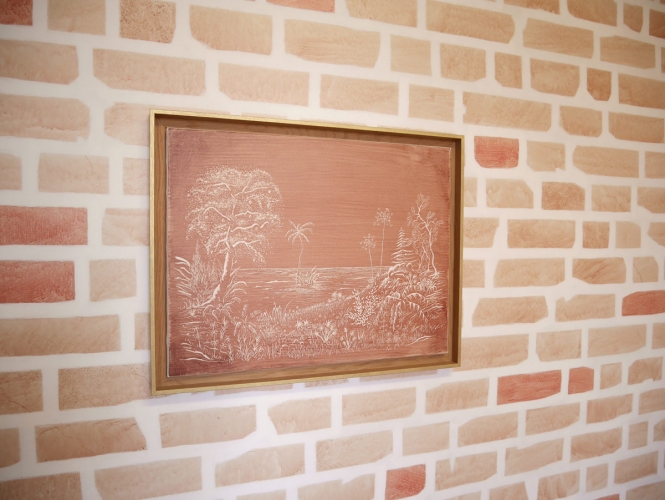 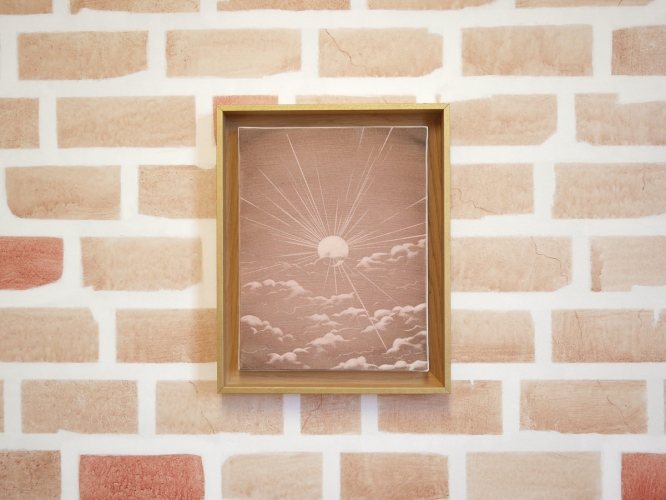 “Dépenses” is the first exhibition of a trilogy, “Traversée des inquiétudes”, presented at Labanque de Béthune and whose project is to make the form-exhibition the territory of a research experiment with the artists solicited. Eleven artists have been invited to produce works especially for the occasion, to which are added other contemporary artists as well as historical works.
For the new productions, the artists took support on the “Part maudite” of Georges Bataille, philosophical and economic study published in 1949, in which the author develops the concept of “expense”, “unconditional loss”. The economy in question does not depend on a logic of profit and consumption, but, more broadly, takes into account “the effervescence of life”, the energy resources of the Earth and “the excess energy” which will end up spreading in sacrifice, “burnt” and burning. Faced with the political or ecological upheavals of today, the re-reading of this book appears as a necessity.

For “Dépenses”, Laurent Pernot realizes three distinct and interdependent works, carrying in them a reflection on the savage, the sacrifice and the fear. First, it is a sculptural installation made from a copy of a statue of Apollo, model of perfection of Western statuary. However, the figure is here undermined, broken and brought to the ground like a “recumbent statue”: the head remains whole, but it is burned and his eyes are lacerated, in an echo to the news and all forms of iconoclasm prohibiting representations, symbolic or divine: “it is a question of going back to the history of civilizations, to their destruction and their successive emergences, to the violent energy that often escorts the ideologies that bring forth new societies, accompanied by wars and destruction. With the choice of Apollo, by intervening particularly on his look, there is a sacrifice, a loss, a blindness, a profanation, explains Laurent Pernot who also strongly insists on the nature of phoenixes of the statues which die: the phoenix is ​​always reborn from his ashes, for there is a possible survival beyond destruction.
With the sound piece “Guardians”, it is at the same time an invisible fear and constantly rejected that is staged in a suggested way. To create this interactive installation that plays on the movements of the spectators thanks to motion sensors, the artist uses watchdogs barking recorded in Brazil, at night, in a secure enclosure. It is the whole question of the domestication of violence, as well as that of the ambivalence of attraction and repulsion and the most instinctive fears, which are here put in space and diverted, since the more spectators approach the sound source, the more the cries of the Cerberus move away until disappearing: the scary rumor is still inaccessible, the offensive spread or perhaps just fantasized. This concert of wild beasts is of course appealing to the mythical imagination that has always accompanied the figure of the dog, packs of stray dogs or lonely wolves, domesticable, but with mysterious animality.
Always in this process combining energy instincts and formal sophistication, Laurent Pernot realizes a series of paintings with human blood – his own blood and the blood of the other artists of the exhibition, in the twinkling of an eye to the “donation” of blood and the concept of potlatch within the book “La Part Maudite”. The use of blood to make works obeys a long history, African fetishes covered with sacrificial materials, at the “Mass for a body” of Michel Journiac (1969 performance during which the artist distributed pudding made with his own blood) or the bloody and ceremonial paintings of Viennese Actionist Hermann Nitsch. But here, Laurent Pernot is looking for something else by covering the walls with brick patterns reminiscent of buildings and walls inside houses. The color of the dried blood approaches that of the soil and its abundant sediments. It is therefore less a question of entering into a relationship with the sacred and the ritual, than to celebrate the living and its fertilizing richness, emphasizing the indissociable nature of the human and the nature. In this sense, Laurent Pernot would approach the two tendencies evoked by Nietzsche in The Birth of Tragedy: The Apollinian and the Dionysian.
Léa Bismuth