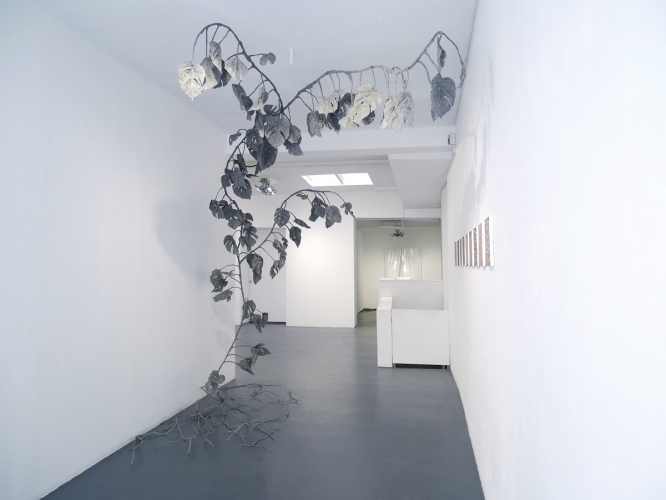 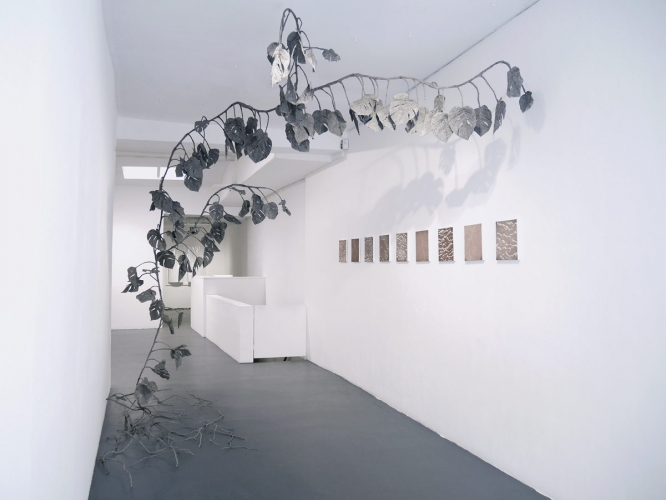 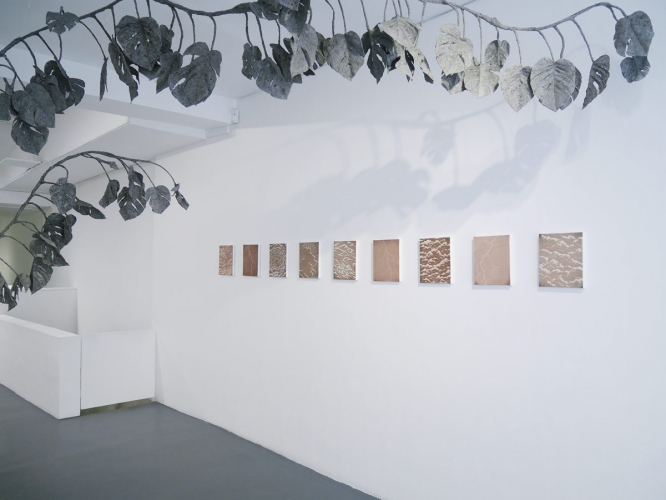 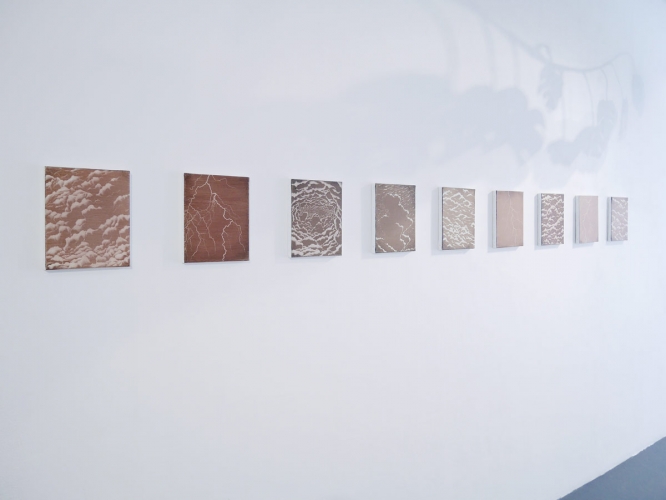 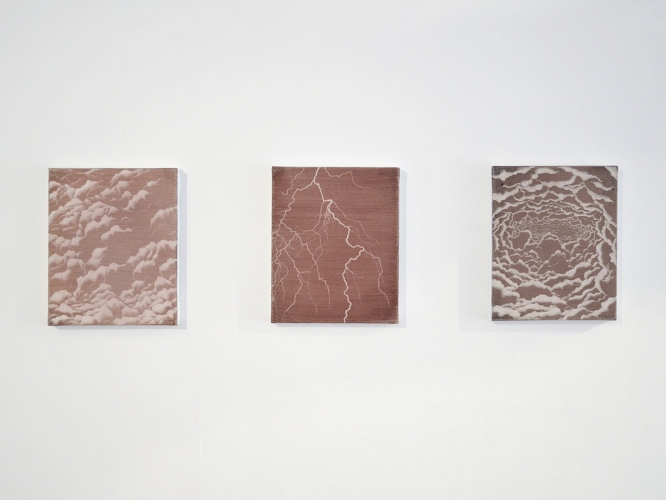 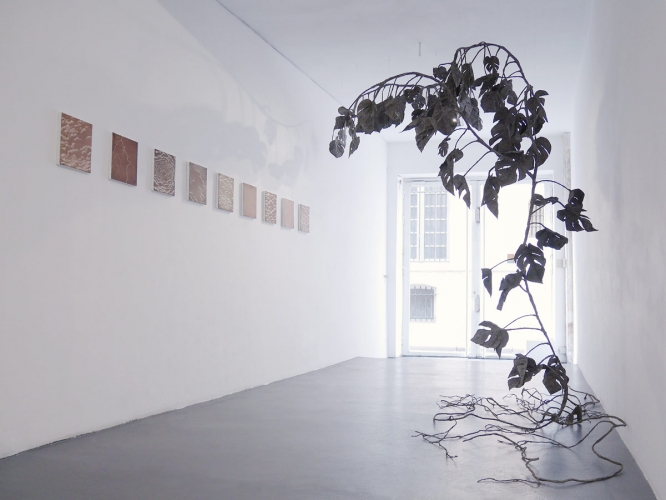 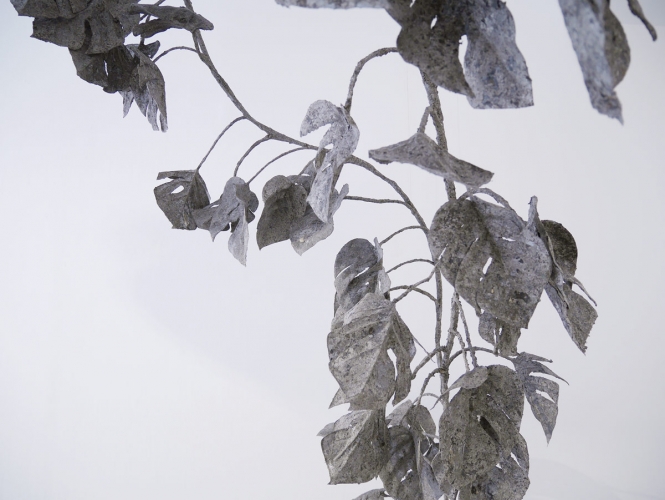 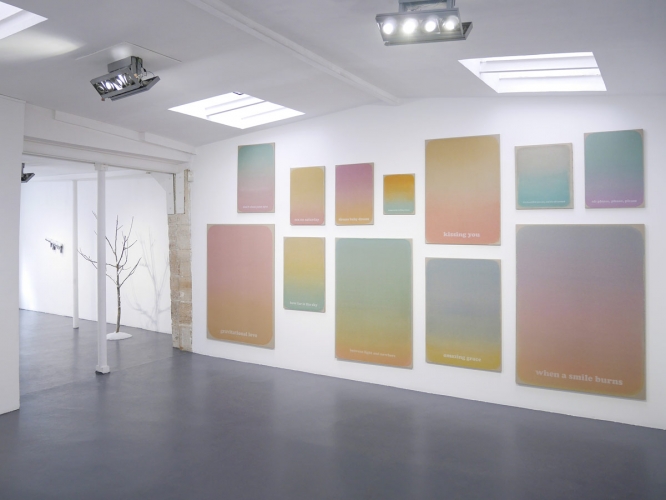 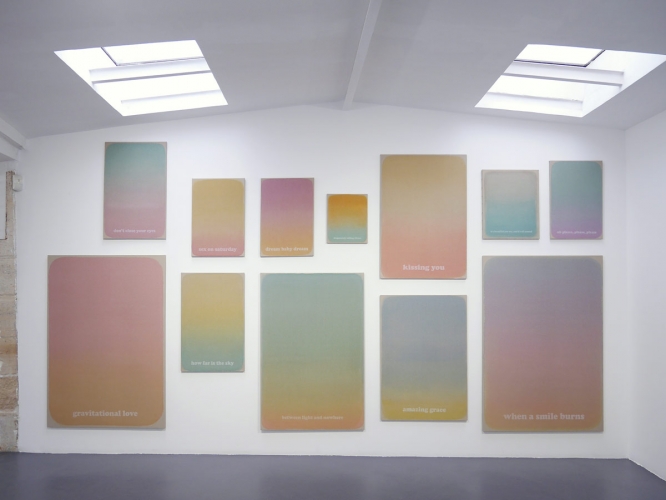 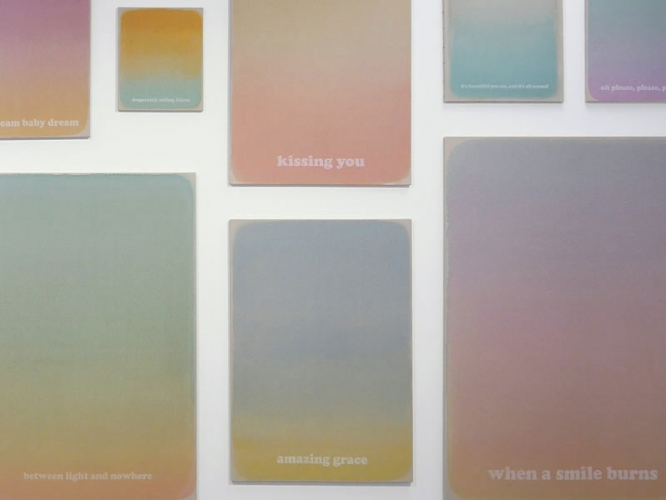 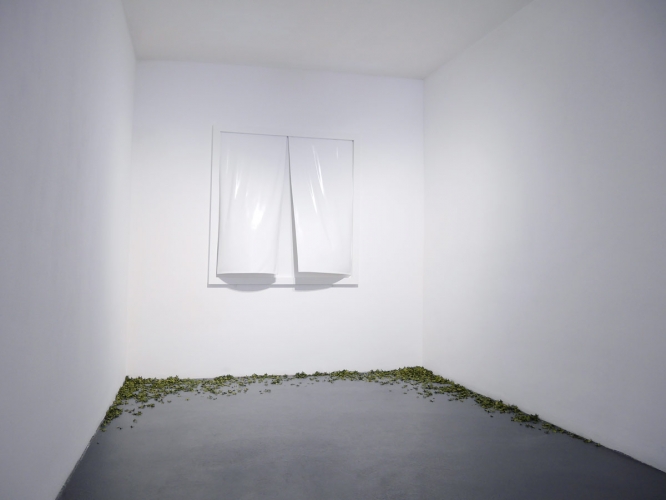 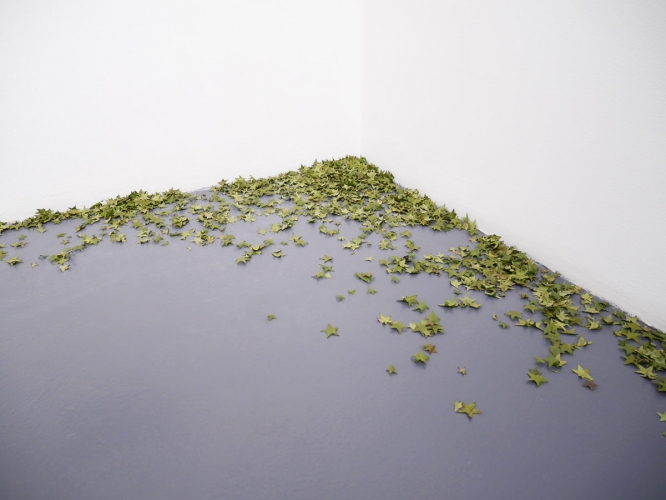 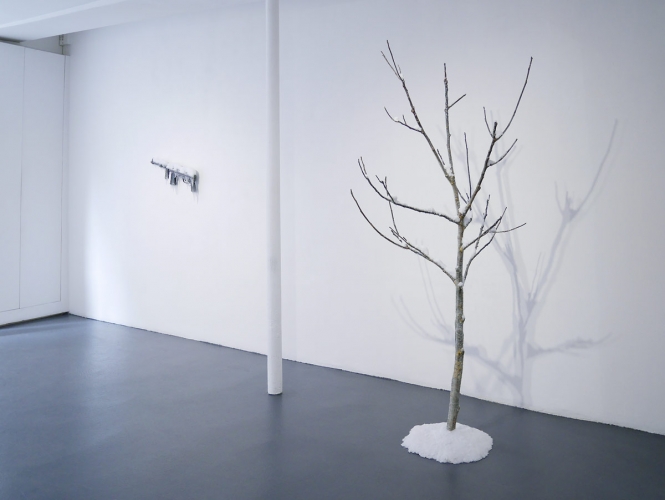 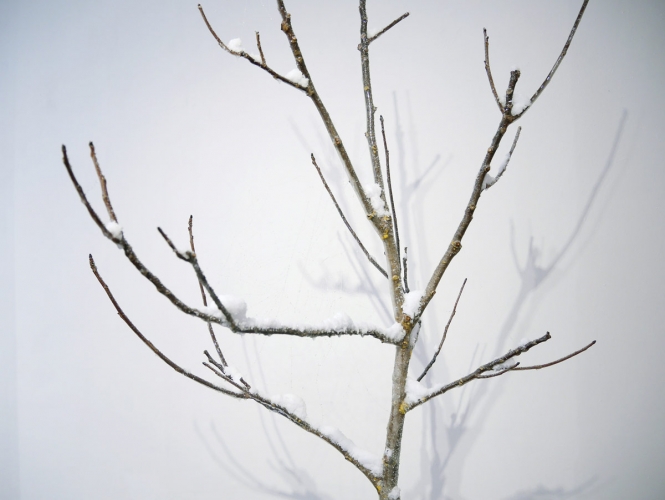 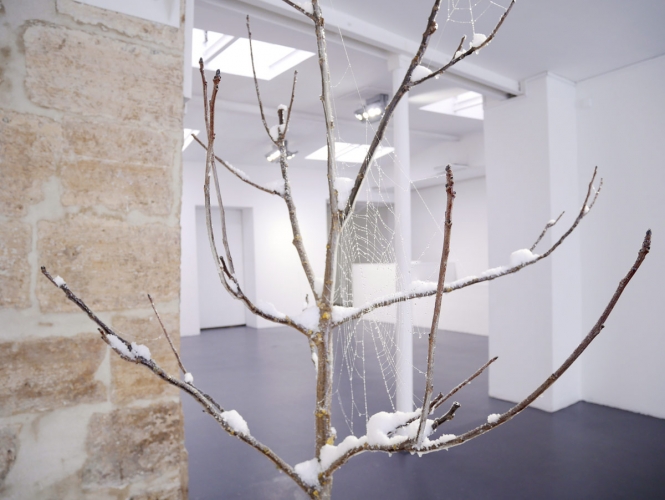 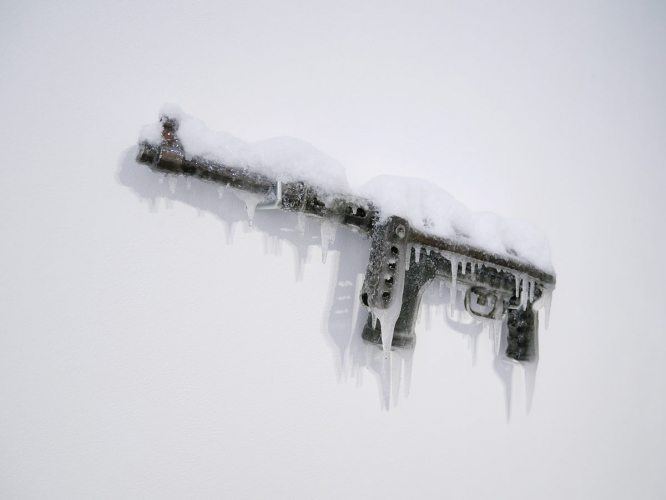 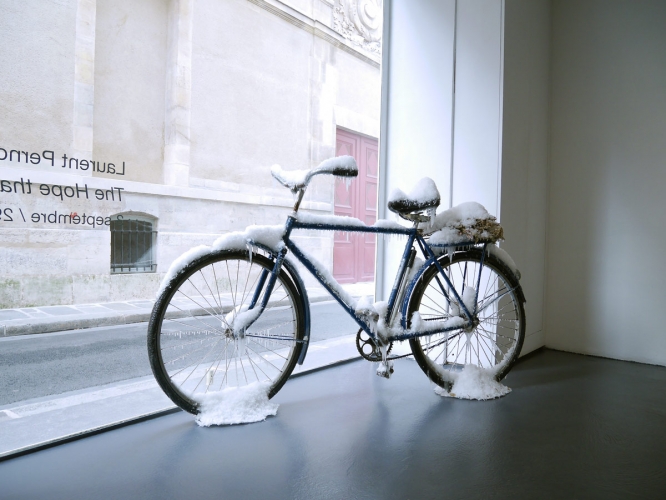 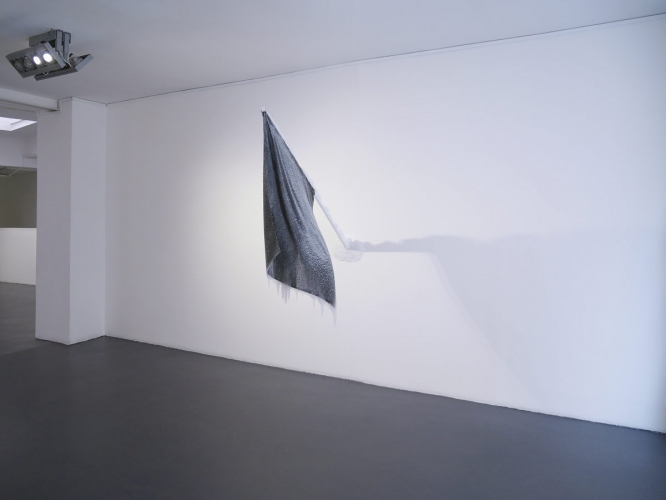 “The hope that still remains”, solo exhibition from September 3 to October 29, 2016

For his third exhibition at the Odile Ouizeman Gallery, Laurent Pernot invites us to meditate on the possible forms of hope, as a manifesto in a current context dominated by fear and uncertainty.
Designed as a vast landscape in suspended time, the exhibition is composed of recent and new works that testify to a continual attachment to various mediums mixed with poetic correspondences. We find themes dear to the artist that are immanence, ephemeral, Nature.
At the heart of his project, the exhibition revolves around a psychoanalytic concept that takes on all its meaning in the works presented: Sublimation. Originally formulated by Freud in 1905 in his “Three Essays on Sexual Theory”, the notion of Sublimation corresponds to the conversion of sexual impulses into expressions that are opposite to it, for example the works of art and of the mind. Without succeeding in constructing a complete theory, Freud added to the forces of libido the impulses of destruction and death. In this perspective, countless historical masterpieces illustrate this concept, we think of exemplary artists like Bosch, Caravaggio, Géricault, Joseph Beuys…
In a confused society, faced with the evolution of extremism and horror that we thought to be relegated to the history books, and to the upheavals that the skies and waters of our planet presage, it seems necessary to not to give in to fright but to face the chaos of our desires and torments by giving them a symbolic order: Sublimation does not deny reality (…) but it goes beyond “.

To admire, is to grow; this is how the artist could summarize an approach still influenced by many philosophers, especially here Lucretius and his collection of poems entitled “De Rerum Natura *”. According to him, knowledge of the principles of matter and the mechanisms of the Universe is a necessary condition for the dissipation of terrors and beliefs of men. Admiring Epicurus, at a time marked by ethnic and civil massacres, and condemning the misdeeds of religions, struggles of power and money, the poetic power of Lucretius lies in his way of exposing his love of nature and life.
Exploring the entropic potential of the tragic, in the sense of Nietzsche, and reconnecting with nature and the sublime, “The Hope That Still Remains” proposes to slow down time; the exhibition brings together objects frozen in the wind and ice, skies rising from human blood, horizons to the shores of the night, a wild plant that is reborn from book ashes …