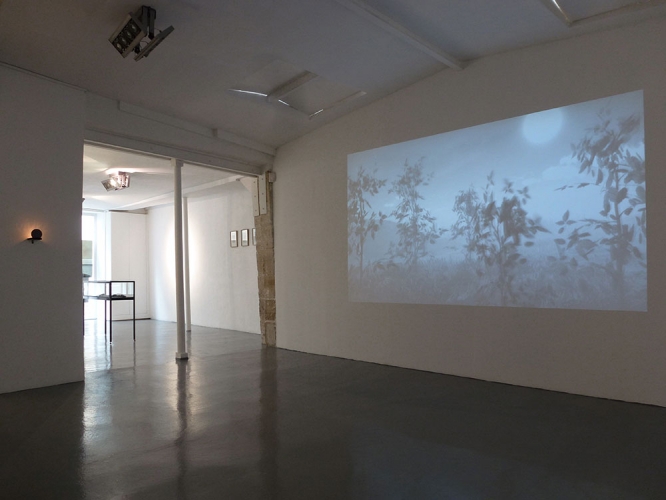 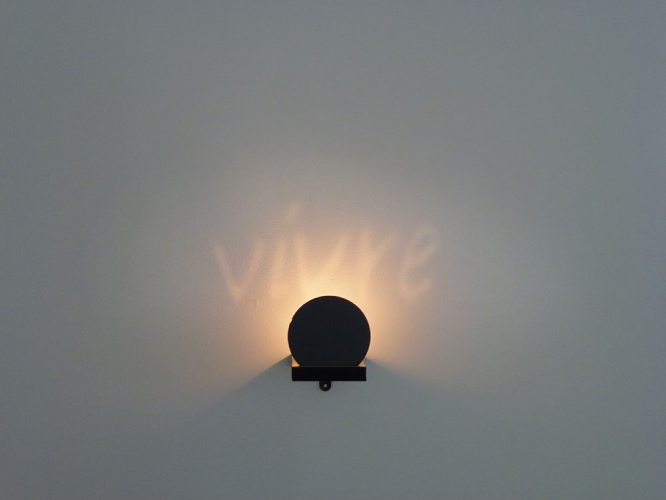 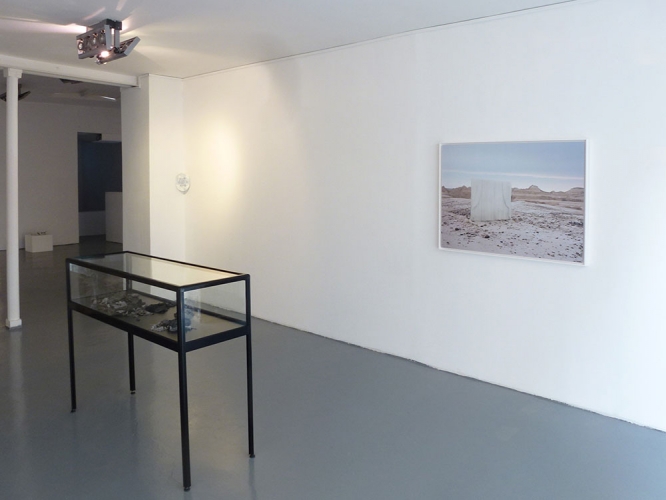 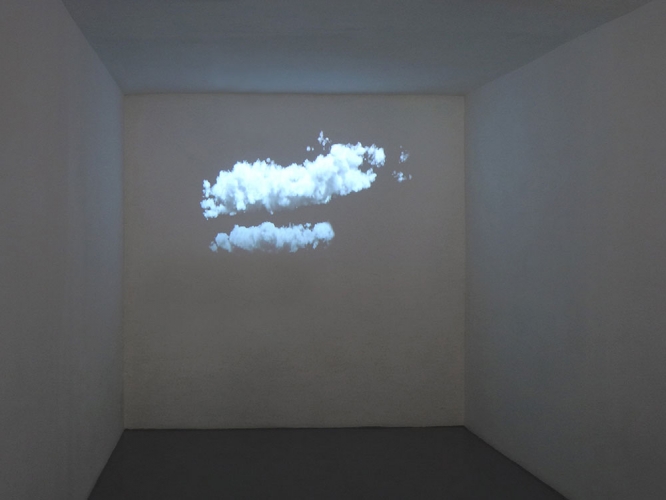 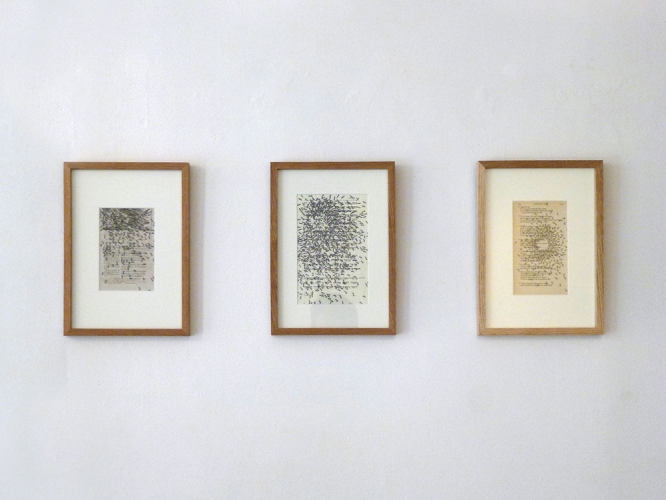 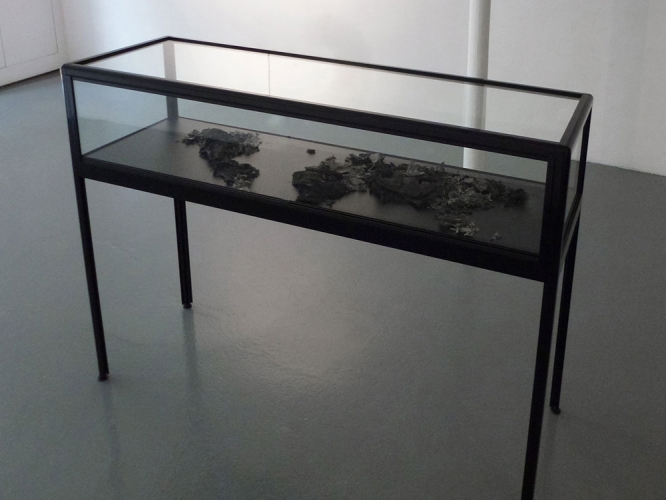 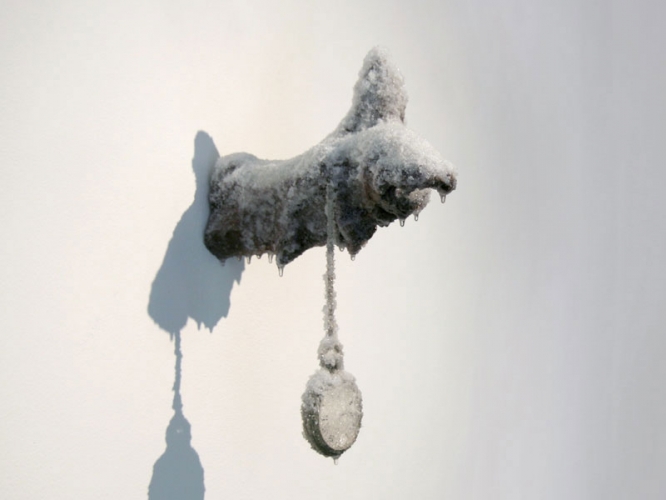 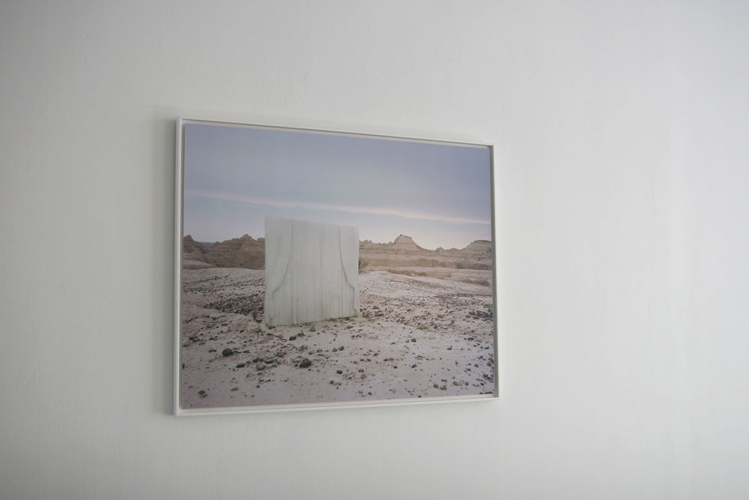 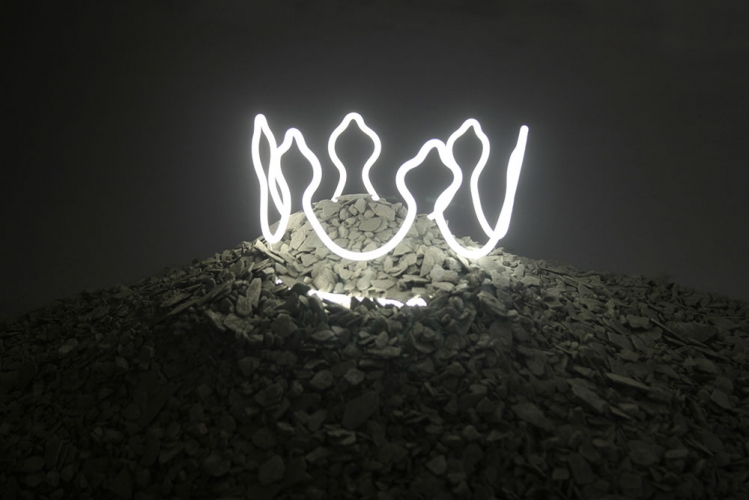 “The Scopes Monkey Trial”, solo exhibition from September 8 to October 27, 2012

For his second solo show at Odile Ouizeman gallery, Laurent Pernot presents a range of new art works mixing objects, videos, photographs, installations and neons. Starting from a historical fact that occured in 1925 in the United States, called « The Scopes Trial» or « The Scopes Monkey Trial», Laurent Pernot is interested in a main event whose origins and consequences are still reassessed nowadays.
After promulgation of a law in 1925 in the state of Tennessee, the Butler Act, which prohibited the teach of evolution theories, a trial of an unprecedented magnitude took place, the first in the history that was accessible on the radio, in order to judge a teacher who would have affirmed that men and monkeys share a common descendant. The country takes the case and journalists go crazy. Christians, protestants, scientists, lawyers and politicians then gather to invoke words from the Bible or argue Darwin’s works. Even if the trial conclusion disappointed, the event synthetized two incompatible visions of the world that still remain today: The first tends to separate the human being from Nature by authentifying the existence of a supreme being ; The second one infuses chance, wild and natural selection at the very center of species evolution.
By adressing many contradictory aspects, every presented works intermingle empirical truths, speculatives truths and determinists truths, thus providing determinents questionings for the artist.
In a current period of crisis when it comes to values, beliefs and identities, Art, as opposed to sciences and religions, and as Deleuze often reminded us, must look for depriving us, to recognize and celebrate our weaknesses. Between historical reappropriation and poetical strenght, this new Laurent Pernot’s exhibition pursues fundamentals of a recurrent problematic through his career, that is to say quest for origins: origin of the universe, origin of life and origin of humanity. To the clear areas of knowledge and experience, the artist promotes those of doubt and uncertainty, going inside limits of reality and imaginary (Dominique Abensour).
Born in 1980, Laurent Pernot lives and works Paris. He develops both a national and international career after a dense background punctuated by residencies ans exhibitions. His work has been exhibited in a lot of solo and group shows, at Miro Foundation of Barcelona, at the museum Alvar Aalto in Finland, at Belo Horizonte Place of Arts in Brazil, in Lux Valence, at Cultural Space Louis Vuitton in Paris, at the National Center for Contemporary Arts in Kaliningrad (Russia), at the Indian Art Fair of New Dehli (India), at the Maison Rouge in Paris, at the CAB in Grenoble (France) and at Palais de Tokyo in Paris. Laurent Pernot was rewarded by SAM price for contemporary art 2010. His first monographic catalog is available at Monografik editions, a new catalog was just printed at Regard editions. Laurent Pernot is also taking part to São Paulo Biennal in septembre 2012, to the FIAC in Paris, presented by the FMAC, as well as in Paris Photo, and will soon have two solo exhibitions in Bourges (France), one at the Palais Jacques Coeur during the Contemporary Art Biennal.